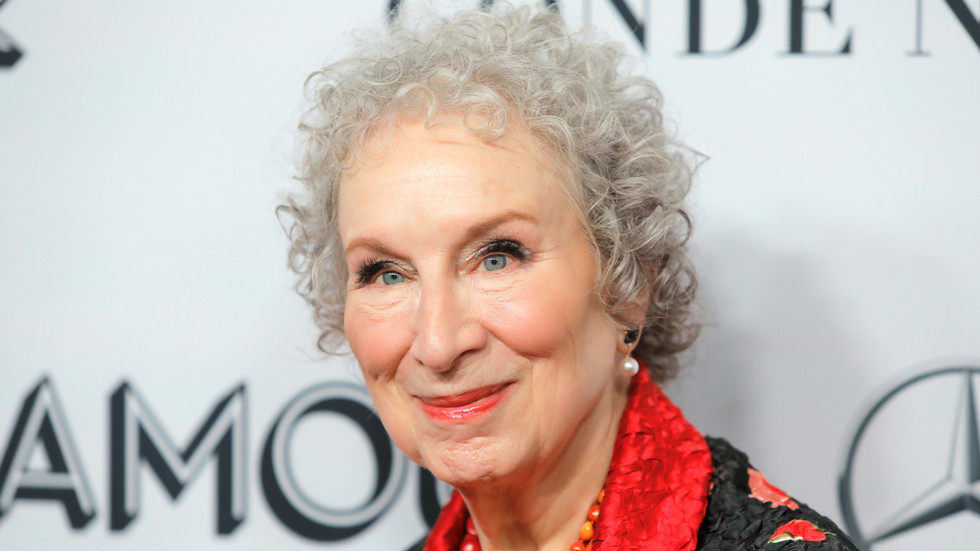 Author Margaret Atwood is the latest public figure to be labeled transphobic, with critics piling on after she shared a story lamenting the potential loss of the word ‘woman’.

Although Artwood's tweet that landed her in hot water on Tuesday only included a link to an oped critical of gender-neutral language, the mere fact of her sharing the article was enough to rile up detractors and put her on the defensive against the left-wing Twitter mob.

"Why can’t we say ‘woman’ anymore?," Atwood tweeted, sharing an oped by columnist Rosie DiManno published in the Toronto Star.

In the piece, DiManno argues that the insistence by some on the absolute adoption of gender-neutral language is destroying the idea of womanhood and making it more difficult to discuss issues related to women-specific issues like pregnancy.

“Well-meaning people,” she wrote, are left “tongue-tied, lest they be attacked as transphobic or otherwise insensitive to the increasingly complex constructs of gender.”

Atwood, who is most famously the author of ‘The Handmaid’s Tale’, was labeled a TERF (trans-exlusionary radical feminist), a label critics have given to ‘Harry Potter’ author JK Rowling and comedian Dave Chappelle in recent years for their criticism of sects of the transgender movement.

“The idea that people are ‘not allowed to say woman’ is an anti-trans dog whistle,” one Twitter user wrote.

Hey has anyone ever written anything about an alliance of convenience between left-liberal second-wave feminists and conservative evangelicals, perhaps extrapolating the consequences thereofhttps://t.co/9g1n29IpB0

Some critics expressed shock over Atwood’s stance, considering she is typically celebrated among liberals, with her ‘Tale’ book and its Hulu series often being cited by feminists and referenced at womens’ rights protests.

This is confusing, one would have thought Atwood would have understood the nuance here, but instead it’s another straw(wo)man argument against the trans community, because no trans folks, famous for saying “trans women are women”, are arguing we shouldn’t say woman. https://t.co/AWZyYwVCs2

Atwood has received support from more conservative pundits, pushing back against critics targeting the author.

Margaret Atwood is trending because she shared an article which argued we should still be able to say "woman".It really doesn't take much, does it?

Others simply enjoyed seeing that even Atwood has to face the wrath of the woke audience that typically praises her.

Atwood has defended herself against accusations of being “TERF” by directly responding to some of her critics and denying the accusations of hate being given the oped in question, encouraging people to “actually read” it instead of just complaining about the seeming difference of opinion.

Atwood has not said anything to directly oppose transgenderism and has even supported the transgender movement in the past, even signing her name to an open letter last year, along with authors like Stephen King, declaring support for equal rights for trans and non-binary people. The letter was viewed by many as a response to remarks made by Rowling that were labeled transphobic by critics, as Atwood’s statements are now.

Some science here: "When Sex and Gender Collide." https://t.co/oOxAsEWJm8#TransGenderWomen Biology doesn't deal in sealed Either/Or compartments.We're all part of a flowing Bell curve. Respect that! Rejoice in Nature's infinite variety!