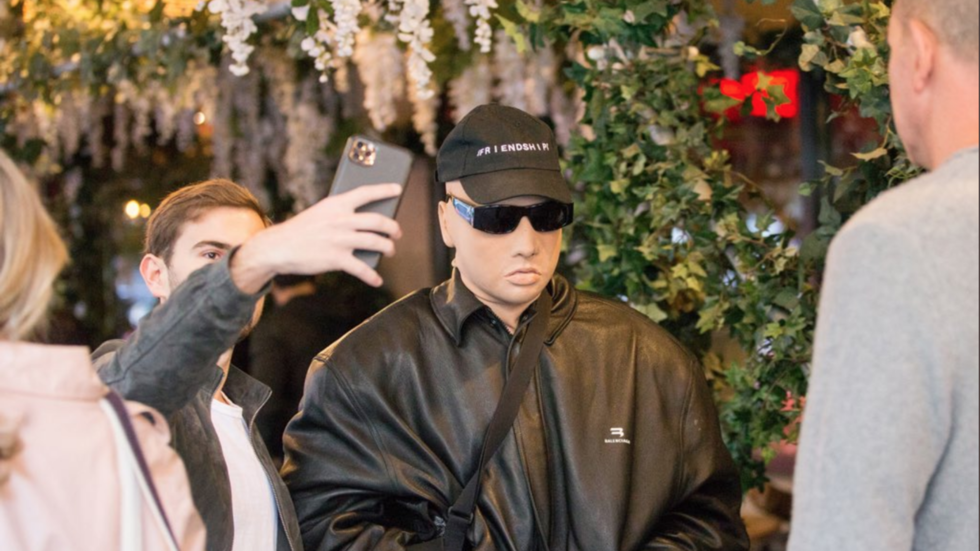 Kanye West has once again stunned and bewildered his fans, this time by apparently donning a bizarre, full-face rubber mask during a mystery meeting with former Donald Trump ally Michael Cohen.

West was spotted by photographers wearing his caucasian skin-toned rubber mask, which also covers his neck, at the JFK International Airport. He later donned the face covering, which has holes for the rapper’s eyes and mouth, during a lunch meeting with Cohen at the Sant Ambroeus Coffee Bar at Loews Regency Hotel, the second get-together between the two this month.

Images of West sent social media into a frenzy over West’s latest style choices, as well as news previous to the meeting that the rapper’s legal name has officially been changed to Ye, the title of one of his albums as well as a nickname he had given himself.

“Kanye be wearing disguises like he’s a villain in scooby doo,” one Twitter user wrote, adding an image of West’s mask.

“Beginning to wonder if Kanye isn’t a bit of an odd duck,” another added.

It is unknown what the West and Cohen meeting was about, but both men carry close ties to Trump. West and the former president have spoken positively about each other, and West even visited the White House while Trump was in office.

Cohen, on the other hand, is Trump’s former attorney who was convicted of tax fraud and other charges in 2018. He was released last year due to the Covid-19 pandemic, but remains on house arrest for another month. He is allowed limited time outside the home ahead of his full release.

“We were just getting together,” Cohen told Page Six about him and West, insisting the mask that now has gotten so much attention was just an attempt by West to keep people from recognizing him and to keep his “anonymity,” which even Cohen admitted “did not really work.”

West had been photographed earlier this week in Venice, Italy wearing another rubber mask, this time resembling that of the French comedy villain Fantômas, but also earning him pop culture comparisons to everyone from Shrek to Michael Myers to the '60s French film 'Fantomas'.